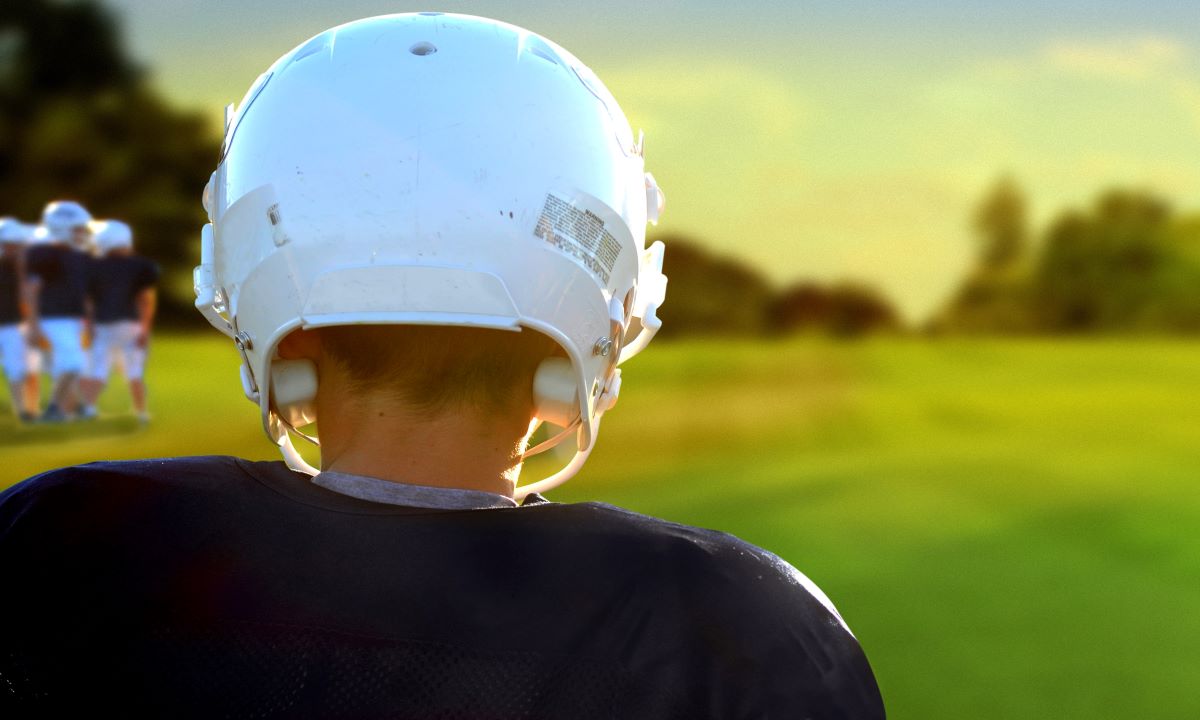 The severity of concussions are not a new topic when it come to sports. However, this NFL season, they are once again being brought to the center of attention. We are sharing a Q&A by our partners at University of Colorado Anschutz Medical Campus. Read on to see David Howell, PhD, response to the current incidences in the NFL and how they relate to youth sports.

Concussions are a common risk in all sports, but especially with football and most notably in the NFL. Unfortunately, the latest player to sustain a concussion is Miami Dolphins quarterback Tua Tagovailoa. After a nasty hit that left him stumbling in the third game of the season, Tagovailoa re-entered the game and continued to play. Just five days later, he suffered another head-to-the-ground hit that forced him to leave the field on a stretcher.

In the following Q&A, David Howell, PhD, assistant professor of orthopedics at the University of Colorado School of Medicine and director of the Colorado Concussion Lab, discusses the impacts of concussion injuries in professional and youth sports today.

The hit to Dolphin’s quarterback Tua Tagovailoa is yet another example of the head-injury problem in the NFL, football and contact sports in general. What was your reaction to his injury, and do you think he suffered from a concussion in the game against the Buffalo Bills?

Oftentimes, concussions can have overlapping symptoms with other injuries as well, such as whiplash, which makes it challenging in one sense to identify. For example, if you hit your shin, your shin's going to hurt, and if you hit your head, then your scalp is going hurt. It takes some differentiating between whether it is a bruise or a brain injury. So, we typically look for signs that indicate brain disruption following a traumatic insult to the head.

He is a professional athlete who can do a lot of high-level motor skills, and I saw him stumble and lose his balance. Not just once, but then he stood up and stumbled again. To me, that is an observable sign of a concussion.

The coach said after the Cincinnati Bengals game where Tagovailoa was hurt again and left on a stretcher that he was glad the injury was nothing more serious than a concussion. What is your reaction to that statement, and does it epitomize a problem in football in any way?

I feel terrible that Tagovailoa was put in that position. He is an athlete; he's a competitor. His coaches are competitors. They've been taught to play through injuries their entire careers. But you can't just tough-out a concussion. You cannot play through a concussion and expect it to go away. Your brain is going to respond in a certain way – and it’s unlike suffering a painful bruise or a sprain to other parts of the body. I don't want to downplay other injuries, but it's your brain, right? It’s very important – it’s the essence of who you are.

Are you more at risk to suffer another injury after suffering from a concussion?

When someone suffers a concussion, we have an initial injury that occurs and then there's a period of vulnerability to a second concussion if the first concussion hasn’t fully recovered.

In order to repair the problems that have occurred during a concussion, your brain needs energy; it needs glucose and blood. Blood has to flow to your brain, but at the same time, the blood flow to your brain becomes dysregulated as compared to what is normal.

So you need more energy, but you have this dysregulation that occurs which impairs your body’s ability to deliver that energy, to help restore the damaged or injured areas of your brain.

And when that happens, there's already so much energy that's being required that oftentimes we see the response to the second injury becomes exacerbated.

The NFL is now revamping its concussion protocol in response to the Tagovailoa incident, and the conversation is centered on gross motor instability. Can you explain what that is?

There are several different – what I would term obvious – signs that a concussion or a brain injury occurred. It's similar to a loss of consciousness or a seizure.

When somebody has sustained a head impact and they get up, they might be dizzy. Or they might have a mismatch of information coming in. Their eyes and their balance system aren't coordinating as they normally do, which can cause the feeling of vertigo. And we see it across all ages, where people get up and they're unable to do the thing that they've been doing for years and years, which is just walk a few steps.

Are there any tests you can do to determine if someone has suffered a concussion?

Everyone’s brain is different and reacts differently to trauma, so there is not one test that will work for everyone. So, we recommend a variety of tests that assess different parts of the brain to understand their functionality after injury. We have been working on using dual-task evaluations, which involve combining a motor task with a cognitive task together. For example, a patient suspected of suffering a concussion can be asked to walk in a straight line, heel toe, as quickly as possible while saying the months of the year backward.

A patient can compensate to some degree on one task, but it’s more challenging when you have to combine two tasks, and this is more like what you may expect on the field of play – a complex environment. If you see a deficit in either one or both of those domains, you can look to the patient and parent and say, “Look, if you can't walk and think at the same time, how could I expect you to go back on the field? Your brain is not recovered.”

What is the rehabilitation protocol if someone suffers a concussion?

The most important thing is to stop playing immediately. Don’t try to finish the game. If you stop playing, you are less likely to suffer another injury and will be able to recover quicker. From there, after a couple of days of rest, begin light physical activity or aerobic exercise like a stationary bike or a jog at a level that doesn’t worsen symptoms and make sure to get plenty of sleep.

Once symptoms have resolved, there is a six-step protocol for returning to sports following a concussion.

Step 1: Back to regular activities (such as school)

Photo by Ben Hershey on Unsplash