It took only six weeks to build an award-winning robot for the FIRST Tech Challenge state qualifiers, and the rookie team (The Gold Crowns) from the Best Buy Teen Tech Center at Gold Crown worked hard to build a robot worthy of multiple awards.

The FIRST Tech Challenge tasks students in 7th – 12th grade to design, build, program and operate robots in head-to-head competitions against other teams in an alliance format. These teams are guided by adult coaches and mentors while developing STEM skills and realizing the value of hard work and determination.

The Gold Crowns competed in two state qualifiers in January. The Northern Colorado Qualifier was held on January 12th in Loveland, Colo. They made it all the way through to the semifinal round and won the judge’s Design Award. This award recognizes design elements of the robot that are both functional and aesthetic. The Gold Crowns were awarded this because their design complemented the functionality of the robot without compromising its practical operation.

The Southern Colorado Qualifier was held on January 26th. The Gold Crowns again made it to the semifinal round while also garnering the Motivate Award. This award is given to the team that best demonstrates teamwork throughout the competition. Team spirit, team building and overall enthusiasm are key parts of this award and The Gold Crowns displayed all of the necessary qualities throughout the competition.

Because of their success at the state qualifiers, The Gold Crowns earned a spot in the Colorado State FTC Tournament on February 7th which featured the top 32 teams in the state. Although the team was not able to qualify for the World Tournament, their success in the first year of competing has created a strong foundation for future FTC competitions.

Congrats to The Gold Crowns! 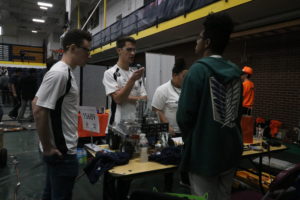 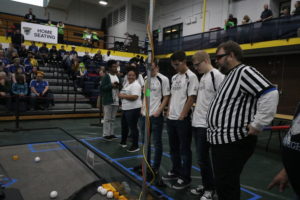 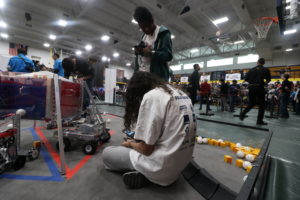 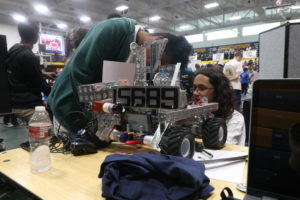