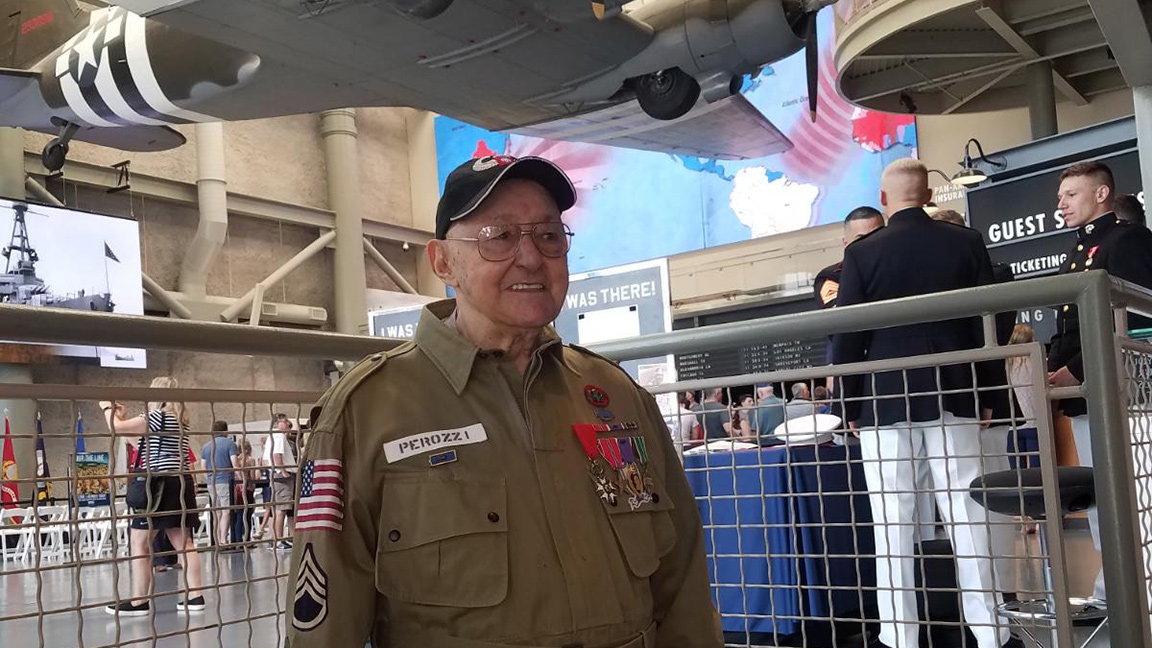 On July 31, we lost a true American Hero and an even better friend. John Perozzi, WWII veteran of the U.S. Army and the 82nd Airborne Division 505 E Company, peacefully passed away. For 98 years he graced us with humor, love and valor. Our hero was honored with many award and medals, including two purple hearts.

You may know J.P. as the “Candy Man” from the Hanzlik Hoop Camp, our flagship program that he attended for 30 years. He greeted the campers with a smile and salute each summer and the camp was something he looked forward to most.

If you’ve played at the Gold Crown Field House, you’ve seen the giant American flag between courts 1 & 2. That was hung in J.P.’s honor when the facility opened. It is a great reminder to all of our participants to play with respect, dignity and heart every time they step foot on the court, just as J.P. did as he fought for our country.

I had the opportunity to spend some time with him on June 21 at the National WWII Museum, where this picture was taken. Behind him is the C-130 plane that he parachuted out of during the historic D-Day Invasion.

To the Gold Crown Foundation, JP was family and someone we will always hold dear to our hearts. We love you and will always salute your memory.